Our team has a long history of identifying and translating disruptive technologies into extremely valuable companies. Our portfolio companies benefit from the diverse experience and expertise of our team. We are active and have the resources, experience and contacts to help take the company to the next level of growth and market leadership. We are consistently looking for talented entrepreneurs to integrate to our companies and together build successful companies. 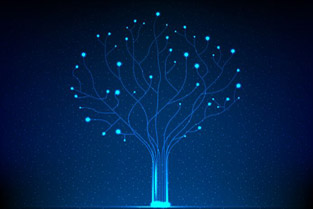 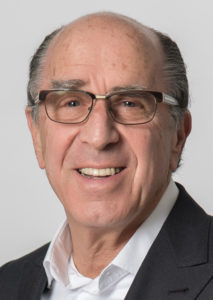 Hillel Bachrach is a dynamic executive entrepreneur, with over 40 years of hands-on experience managing and directing all aspects of the commercial global introduction of new, innovative, and revolutionary medical and life science technologies.  After a successful career as an entrepreneur, starting and exiting, IPOs, Strategic & Sponsors’ buyouts, currently, Mr. Bachrach is the Managing Partner of 20/20 HealthCare Partners, LLC, (20/20 HCP), a global investment entity he founded in 2005.  As active investors, 20/20 HCP provides equity financing for promising growth businesses as well as for public offerings, buyouts or re-capitalizations of companies specializing in med-tech healthcare and lately advanced Bio-Tech technologies, Telehealth, AI and Big Data Analytics.  In 2006, 20/20 HCP acquired a majority ownership in Viztek, a provider of Digital Radiography hardware and software solutions, where Mr. Bachrach served as executive chairman. In 2015, Viztek was acquired by Konica Minolta, a Japanese conglomerate. Mr. Bachrach, as its first institutional investor, also led various funding rounds for Corindus Vascular Robotics, (CVRS), and served on its Board of Directors from 2006 to 2017.  In 2019 Siemens HeatlhCare purchased Corindus for $1.1B.

Mr. Bachrach served as president of Odin Medical Technologies, Inc., and helped found UltraSPECT, Ltd., the leader in providing sophisticated dose and procedure time reduction software solutions for nuclear medicine procedures. In 2019 UltraSPECT was sold to Pharmalogic. Other recent 20/20 HCP investments include XR Health, the leading provider of VR/AR technology for the telehealth market.  In 2015, 20/20 HCP joined with Polaris Venture Fund in funding a promising biotech delivery company, SQZ Biotechnology, named one of the Fierce 15 biotech companies that year. 20/20 HCP was also instrumental in introducing Roche Pharma to SQZ for the signing of multiple collaboration agreements valued at over $1.5B. In 2017 20/20 HCP led the founding round of another Dr. Robert Langer Biotech technology, Verseau Therapeutics, specializes in extending the therapeutic reach of Immuno-Oncology therapy. In late 2019 20/20 HCP was the lead investor in EnClear Therapies, a life sciences company developing device-based therapies for the treatment of neurodegenerative disease, today announced joined by Amgen Ventures, Thiel Capital, Quark Ventures and Dolby Ventures. In 2017 20/20 HCP invested in Variantyx, the leading &amp; only CLIA/CAP approved lab-less lab for the AI/Big Data based tertiary germline analysis of whole genome sequencing. Mr. Bachrach serves on Variantyx BOD as well as an advisor to the Founder/CEO.

During the last few years Mr. Bachrach has divested his activities to include two new avenues, new media and lifestyle.  On the media side, he co-led various investment rounds in Zixi, the leading enabler of flawless broadcast quality HDTV over the Internet.  Velocomp, a developer of innovative and advanced e-bike power regulator, is Mr. Bachrach’s latest investment. He serves on the Boards of Directors of these two companies.

Mr. Bachrach was recently elected a Trustee at BIDMC. He and his wife, Liliana, are involved with and support the Boston Symphony Orchestra, the Whitehead Institute, Harvard Kennedy School’s Belfer Center for Science and International Affairs, MIT Deshpande Center for Technological Innovation, and Community Servings, among others.

Mr. Bachrach received a B.S in electrical engineering from Technion Israeli Institute of Technology and an M.B.A. from the Kellogg Graduate School of Management.  The Bachrachs live in Boston’s Back Bay and have a son, Ilan, and a daughter, Ronny, who serves on the BIDMC Board of Overseers.

Mr. Singer is currently a Managing Director at Newton Pointe LLC, an advisory firm formed in 2008 to
provide restructuring and capital raising services to financial institutions faced with problems created by
the 2007 market credit/liquidity crises. Over the last six years, the focus has changed to investments in
private equity projects including a number of opportunities in the Life Science space.

Prior to starting Newton Pointe LLC, Mr. Singer ran Choir Capital LTD (1996-2008), a merchant banking
firm, which originated, managed, and restructured $B’s in operating asset securitizations to help build
the portfolios of number of property and casualty insurance companies. Prior to Choir Capital LTD., Mr.
Singer spent over 20 years in various global assignments with Citicorp (1974-1996) involving $B’s of
financings; including, but not limited to, running the bank’s Global Aviation business (four years);
starting its Corporate Finance and managing its Relationship Management client base in Tokyo (eight
years); and helping to initiate and manage the bank’s Leveraged Buyout activities in the central part of
the U.S (seven years).

Mr. Singer resides in Boston and received a Master’s in Business Administration degree, with a specialty
in Operations Research, from the Stern School at New York University.

Jonathan Fleming is the Managing Partner of Oxford Bioscience Partners, an international venture capital firm specializing in life science technology based investments He is also a General Partner of the Korea-Seoul Life Science Fund.

Mr. Fleming has been in the investment business for over twenty seven years, starting and financing growth companies in the United States, Europe, Israel and Asia. Prior to joining OBP in 1996, he was a Founding General Partner of MVP Ventures in Boston, MA. He began his investment career with TVM Techno Venture Management in Munich, Germany. Mr. Fleming has also co-founded Medica Venture Partners, a venture capital investment firm specializing in early stage healthcare and biotechnology companies in Israel. Mr. Fleming is a director of several private companies including Dicerna Pharmaceuticals, Lab Partners, Greenlight and Railrunner. He is also a director of Leerink Swann, a Boston based investment bank specializing in healthcare companies. In addition, Mr. Fleming is a Senior Lecturer at the MIT Sloan School of Business, a Lecturer at the Harvard Medical School, a Trustee of the Museum of Science in Boston, and a Member of the Board of NEHI, a healthcare oriented think tank and policy advocacy group. Mr. Fleming is on the Scientific Advisory Board of the Massachusetts Life Science Center, and is a member of the Barnett Institute Advisory Board as well as the Chancellor’s Commercialization Advisory Board of the University of Texas System. Mr. Fleming holds a Master’s degree in Public Administration from Princeton University and a Bachelor of Arts degree from the University of California, Berkeley. 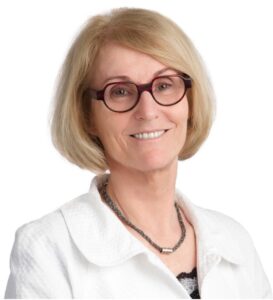 Dr. Avnur was responsible for Quark’s investments in 24 in life science startups including pharmaceuticals, Diagnostic, medical devices and AI. Representing Quark, Dr. Avnur currently serves as a board director on 12 of these 24 companies.

Preceding her academic innovation leadership role, Dr. Avnur assumed responsibility for scientific evaluations of partnering opportunities and started the “Finder” group for Biomarkers for all therapeutic areas at Roche. She acted as Liaison between Roche’s Pharma and Diagnostic Divisions and contributed to Roche’s PHC (Personalized Health Care) initiative.

Prior to Dr. Avnur partnering roles, she worked in diagnostics and pharmaceuticals R&D for nearly 20 years. She held number positions, progressing from scientist and manager to global responsibilities. In this role, she was overseeing the
advancement of compounds from the bench into the clinic and was involved in the design and execution of early clinical studies that characterize the pharmacodynamics and clinical effects of a number of new compounds. Major scientific achievements include advancing three compounds (a PTHrP analog and two vitamin D analogs, for the treatment of postmenopausal osteoporosis) from early exploratory discovery research to the clinic. In her management roles, Dr. Avnur managed a group 44 scientists.

Vito co-founded Scientific Venture Partners and DuGuud as well as a number of deep tech companies in US, EU and UK in proteomics, metabolomics, pathogen testing, allergen testing, swalloning disfunctions, public security, satellite communications and 5G communications.
Vito has a laurea in Mechanical Engineering from the University of Florence and an MBA from London Business School.

Haim is a physics, math and computer science graduate of the Talpiot program of the Hebrew University of Jerusalem.